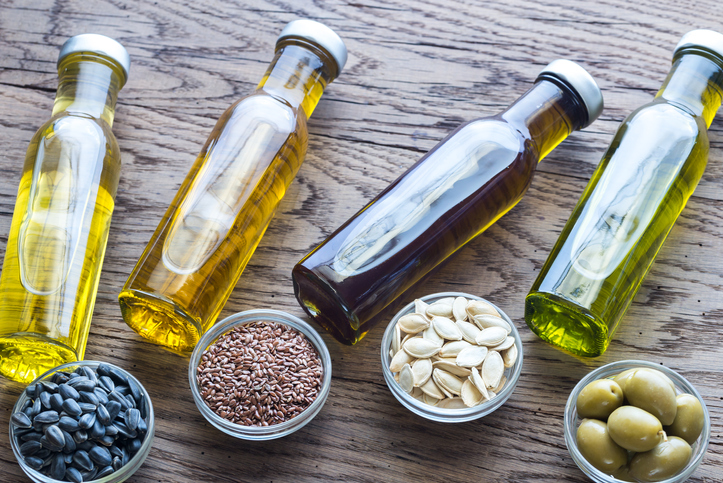 Are Vegetable Oils Bad For You?

So What Is Safe To Use?

Are vegetable oils good for you? Most people believe they are the best because they are extracted from vegetables. If you think so then you are wrong. Adding vegetable oil in your diet can do more harm to your body than good. According to nutritionists, vegetable oils like canola, palm, soy, cottonseed, sunflower, safflower, corn, rice bran and grape seed oils are by far more harmful than sugar. Scary, right? Read on to find out reasons why you should avoid vegetable oils by all means.

They May Contain Harmful Chemicals

Unlike coconut oils, vegetable oils, including margarine, can’t be extracted by squeezing or other natural procedures. They are extracted using chemical processes. Some of the chemicals used have toxic elements, which is poisonous to the body. The chemicals also make vegetable oils susceptible to oxidation. The oxidation causes deterioration of food and the generation of toxic substances that can affect different parts of the body. Many vegetable oils also contain Butylated Hydroxytoluene (BHT) and Butylated Hydroxyanisole (BHA). BHT and BHA generate harmful compounds that can lead to cancer, immune system issues, behavioral problems, infertility, liver tumor, and kidney damage.

They May Diminish Brain Functions

When you heat vegetable oils, they release aldehydes. Aldehydes, for those who don’t know, are toxic chemicals that have been linked to dementia, a disorder associated with a decline in memory. Dementia also reduces a person's ability to perform everyday activities. Aside from dementia, researchers have also discovered that aldehydes can also cause irritated eyes and cancer. Aldehydes can also lead to breathing difficulties because they narrow airway openings.

They Can Hurt Your Heart

They Can Cause Weight Gain

Recent research shows that when it comes to weight gain, vegetable oils, particularly soybean oil, may be by far worse than the sweet stuff in your kitchen. To come to this conclusion, researchers divided mice into four groups. All groups were fed with foods containing about 40% fat. They were also fed with the same amount of sugars. The only thing that differed was the type of fat each group was served with. Group A and B were served with coconut oil. Group A was also served with fructose, a type of sugar. Group C and D were served with soybean oil. The amount of soybean oil contained in the diets was equal to the amount a typical person eats every day. Group C was also served with fructose.The researchers found out that all groups gained weight. But there were groups that gained more weight than the others. The researchers found out that group C and D, the ones that were fed with soybean oil, gained 25% more weight than those that were fed with coconut oil. Group C, which was served with fructose, gained 12% more weight than group A, which was also served with fructose.Why did this happen? According to the researchers, the high amounts of omega-6 in soybean oil are to blame. The excessive amount of omega-6 causes increased appetite and lowered the rate at which the body was burning fat. This lead to weight gain.

They May Contain Carcinogenic Contaminants

When refined at temperatures above 392°F, vegetable oils can produce carcinogenic contaminants, which can cause forestomach, lung, liver, uterine and kidney tumours. While neither the FDA (Food and Drug Administration) nor the World Health Organization has recommended consumers stop using vegetable oils, it is advisable to keep these harmful fats out of your diets.

They Can Cause Inflammation

So What Is Safe To Use?

Go for oils that are not extracted using chemicals and other unnatural procedures. They include coconut oil, avocado oil, butter, lard, and tallow. Also, make sure you consume foods that contain polyunsaturated fats. Walnut oil, flaxseed oil, and macadamia nut oil are also good to use but in moderation.Most vegetable oils are unhealthy. Nutritionists have linked them to hormonal issues, liver issues, mental decline, infertile and even the biggest health problems of our time: heart disease and cancer. Most of these unhealthy oils are found in processed foods. They are also widely used in the restaurant industry, even at high-end places where you pay over $20 for an entree. If you want to be safe, you should cook more at home and stick to healthy fats.